North Idaho’s counties have a considerable stake in the management of the national forest areas they host. Counties depend on the U.S. Forest Service for multiple important services: Reducing the risk of catastrophic wildfire, fighting wildfires effectively when they inevitably occur, maintaining and enhancing forest health, fostering and developing forest-related economic activity, and insuring forest recreational uses and access. The greater the area covered by national forests in a county, moreover, the more that county will feel these needs.

The Forest Service’s organizational structure bears considerable relevance to the performance of these critical services for the counties that host national forests. Nowadays, there are three national forests stretched across the five northern-most counties of Idaho, one very big and two much smaller. The big one is called the Idaho Panhandle National Forests (2.4M acres), it being an organizational consolidation of what used to be used to be the Coeur d’Alene, St. Joe, and Kaniksu national forests. One smaller forest is a segment of the Kootenai National Forest, which occupies eastern portions of Bonner and Boundary counties. Kootenai NF is administered out of the Forest Supervisor’s office in Libby, Mont. The second smaller national forest is a segment of the Clearwater National Forest, in the southern most portion of Shoshone County.

Note:  I’ve borrowed this story from the NEW CENTURY OF FOREST PLANNING blog, posted by Steve Wilent, which got it from E&E News.

A program that awards federal contracts to companies to thin overgrown forests has won praise from timber interests but is leaving localities feeling empty-handed.

Unlike most federal timber-harvesting operations, the stewardship contracts used by the national Forest Service and the Bureau of Land Management don’t devote any proceeds to the counties where the forests are located.

That may change with the 2018 farm bill, as counties and some forest advocates press Congress to add a provision giving counties what they’ve requested since the program became permanent in 2014: a quarter of the revenue from timber sales.

A 25 percent share would match the portion counties receive from most harvesting in federal forests.

“We believe this proposal will have widespread support,” said Steve Brink, vice president for public resources at the California Forestry Association, a trade group.

Counties with federal forests have seen sharp declines in timber revenue over the years, as the Forest Service takes down fewer trees. To help make up some of that revenue, Congress created the Secure Rural Schools program in 2000, which distributed funds to 4,400 schools in 775 forest counties, according to Sen. Maria Cantwell (D-Wash.).

The program expired in 2015, and Cantwell has urged the Trump administration to support its renewal. When it expired, the government returned to the old formula of giving counties 25 percent of timber proceeds.

Most of the affected counties are in California, Idaho, Montana, Oregon, Washington and Alaska.

Stewardship contracting appeared as a pilot program in 1999, with 28 projects around the country. Initially, lawmakers figured that the economic benefit of timber operations would reach localities and that revenue sharing wasn’t necessary, Brink said.

The government contracts for up to 10 years with companies for forest management projects that also include prescribed burns. The federal government receives some of the proceeds of sales, and that money goes back into future stewardship contracts.

The contracting program has had support from timber companies and forestry groups such as the National Association of State Foresters and the Pinchot Institute for Conservation, which monitors and evaluates the role of communities in stewardship contracting.

Most stewardship contracting is through the Forest Service, rather than BLM.

In 2013, the Forest Service issued 195 contracts, which allowed for the production of 865,000 tons of biofuel from the thinning of 171,000 acres and the reduction of hazardous fuels on 69,000 acres, the group American Forests reported. In total, 36,000 acres of forest vegetation and 72,000 acres of wildlife habitat were improved through these contracts.

More than one-fourth of all timber harvested from national forests was through stewardship contracting that year, American Forests reported, citing Forest Service data.

Uncertainty over the Secure Rural Schools program may be sparking the drive for a change to stewardship contracting, Brink said.

The program lapsed for a period in 2014 also, leading to an 80 percent decline in payments to counties, the National Association of Counties said in a letter to leaders on the Senate Energy and Natural Resources Committee in 2016.

“NACo supports stewardship end results contracting projects as a tool to manage federal forests and rangelands, but only if they retain the historical receipts sharing with counties,” the group said in its platform of issues for 2016 and 2017.

Reducing fuel loads among a host of preservation tools

Note: This opinion piece, by Gordon Cruickshank, was published in the Idaho Statesman on April 8th.

Readers should beware of ideological or political statements based on “overwhelming science” when the writer doesn’t provide responsible sources. A good example is Brett Haverstick’s March 24 guest opinion that claims science doesn’t support the management and restoration of forests in the face of catastrophic wildfire, insects and disease. There is plenty of peer-reviewed research that strongly supports the role of active management in improving and maintaining the health and resiliency of our forests.

The National Insect and Disease Map, developed through rigorous scientific standards, indicates 60 to 80 million acres of forests are at risk of insects and disease and are in need of treatment. In 2012, the Science-Based Risk Analysis Report, available at forestsandrangelands.gov, determined that “experience with fuels treatment projects has demonstrated the value of fuels reduction to reduce wildfire suppression costs and protect land and resources.” The 2013 Nature Conservancy field guide for dry forest restoration cites more than 150 scientific sources outlining the need for active forest management on this forest type.

Fire is natural to forested landscapes in the West. Most people understand the difference between natural low-intensity fires and catastrophic, stand-replacing crown fires. In a natural situation, wildfire can promote natural regeneration and fuels reduction. But in their current overcrowded, unhealthy condition, catastrophic wildfires can devastate forests, sterilize soils, reduce water quality, destroy wildfire habitat, and threaten human lives and property. Observational studies, experimental studies and computer modeling studies (Fulé et al. 2001a and 2001b; Pollet and Omi 2002; Finney et al. 2003; Schoennagel et al. 2004) suggest that the risk of crown fire can be lowered if fuel loads are reduced, small-diameter trees are removed and ladder fuels are minimized.

Continue at source:  http://www.idahostatesman.com/opinion/readers-opinion/article143601694.html
Posted in Uncategorized | Leave a comment

From today’s NYT: Rural brain-drain contributes to polarization in our nation

Note:  This opinion piece, by J.D. Vance, appeared at the New York Times under the title, “Why I’m Moving Home.” 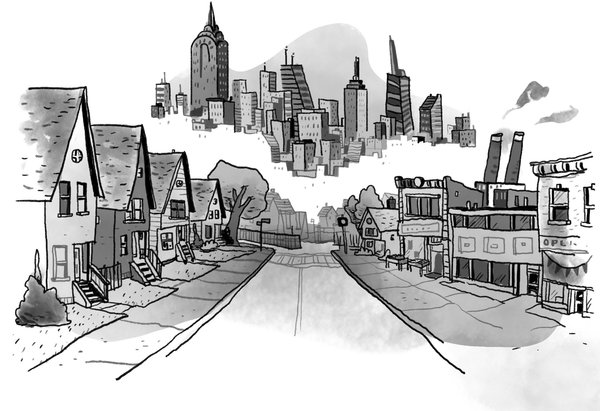 COLUMBUS, Ohio — In recent months, I’ve frequently found myself in places hit hard by manufacturing job losses, speaking to people affected in various ways. Sometimes, the conversation turns to the conflict people feel between the love of their home and the desire to leave in search of better work.

It’s a conflict I know well: I left my home state, Ohio, for the Marine Corps when I was 19. And while I’ve returned home for months or even years at a time, job opportunities often pull me away.

Experts have warned for years now that our rates of geographic mobility have fallen to troubling lows. Given that some areas have unemployment rates around 2 percent and others many times that, this lack of movement may mean joblessness for those who could otherwise work.

But from the community’s perspective, mobility can be a problem. The economist Matthew Kahn has shown that in Appalachia, for instance, the highly skilled are much likelier to leave not just their hometowns but also the region as a whole. This is the classic “brain drain” problem: Those who are able to leave very often do.

The brain drain also encourages a uniquely modern form of cultural detachment. Eventually, the young people who’ve moved out marry — typically to partners with similar economic prospects. They raise children in increasingly segregated neighborhoods, giving rise to something the conservative scholar Charles Murray calls “super ZIPs.” These super ZIPs are veritable bastions of opportunity and optimism, places where divorce and joblessness are rare.

From The Hill: Bishop seeks $50M to transfer some federal lands 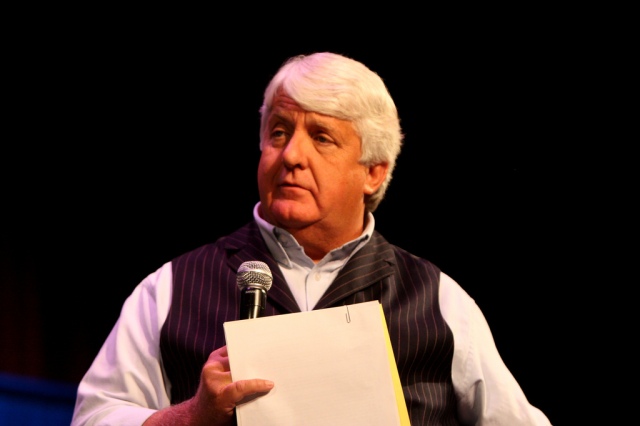 The chairman of the House Natural Resources Committee is asking budget writers to set aside $50 million to account for the costs to transfer federal land to state or local governments.

In his request, Bishop argued that “poorly managed federal lands create a burden for surrounding states and communities.”

“To allow for these conveyances to start immediately, we ask that you build in $50 million into the budget to cover possible impacts on offsetting receipts,” Bishop wrote. “The vitality of these lands, after being conveyed from the federal government, will reduce the need for other taxpayer-funded federal support, either through Payments in Lieu of Taxes or other programs such as Secure Rural Schools.”

The budget request does not mention any specific land transfers Bishop or others might propose.

But conservation groups quickly slammed Bishop’s request to use taxpayer money to help get rid of federal land.

What Montana Deserves — Borrowed, once again, from Nick Smith’s reporting 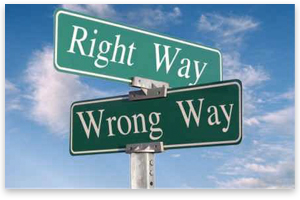 Opinion: Montana’s Public Lands Deserve Robust Public Discourse (I-R)
With a federal government that is approaching $20 trillion in national debt, it is clear, presently, that they don’t have the resources or management capabilities in place to be successful. The problem isn’t the people working for the Forest Service or the BLM, the problem is the federal myriad of over-lapping regulations and laws. A system set up to waste money with a vulnerability to never ending lawsuits from radical special interest groups. 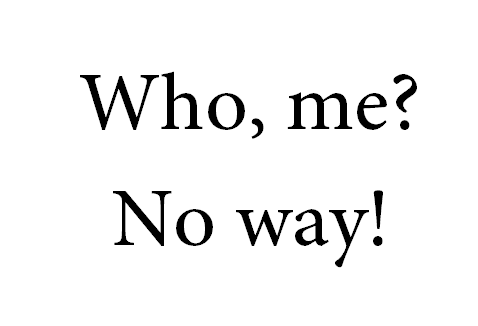 Russ Vaagen: Keep Public Lands Public (Theforestblog)
Public lands can and should remain public, with a caveat. These federal lands need to be managed appropriately. Currently, they are not. There is a reason that so many people living in rural America are shouting for a change in ownership or management of public lands. Much of that angst is directed toward the Forest Service, but other federal land management agencies get heat as well. Is it warranted? In my opinion, absolutely. If the federal government cannot figure out how to manage the lands for the benefits of all citizens, or as the Forest Service says “the greatest good for the greatest number of people,” then another solution will be created.

Posted in Uncategorized | 2 Comments
Not Without a Fight!
Blog at WordPress.com.